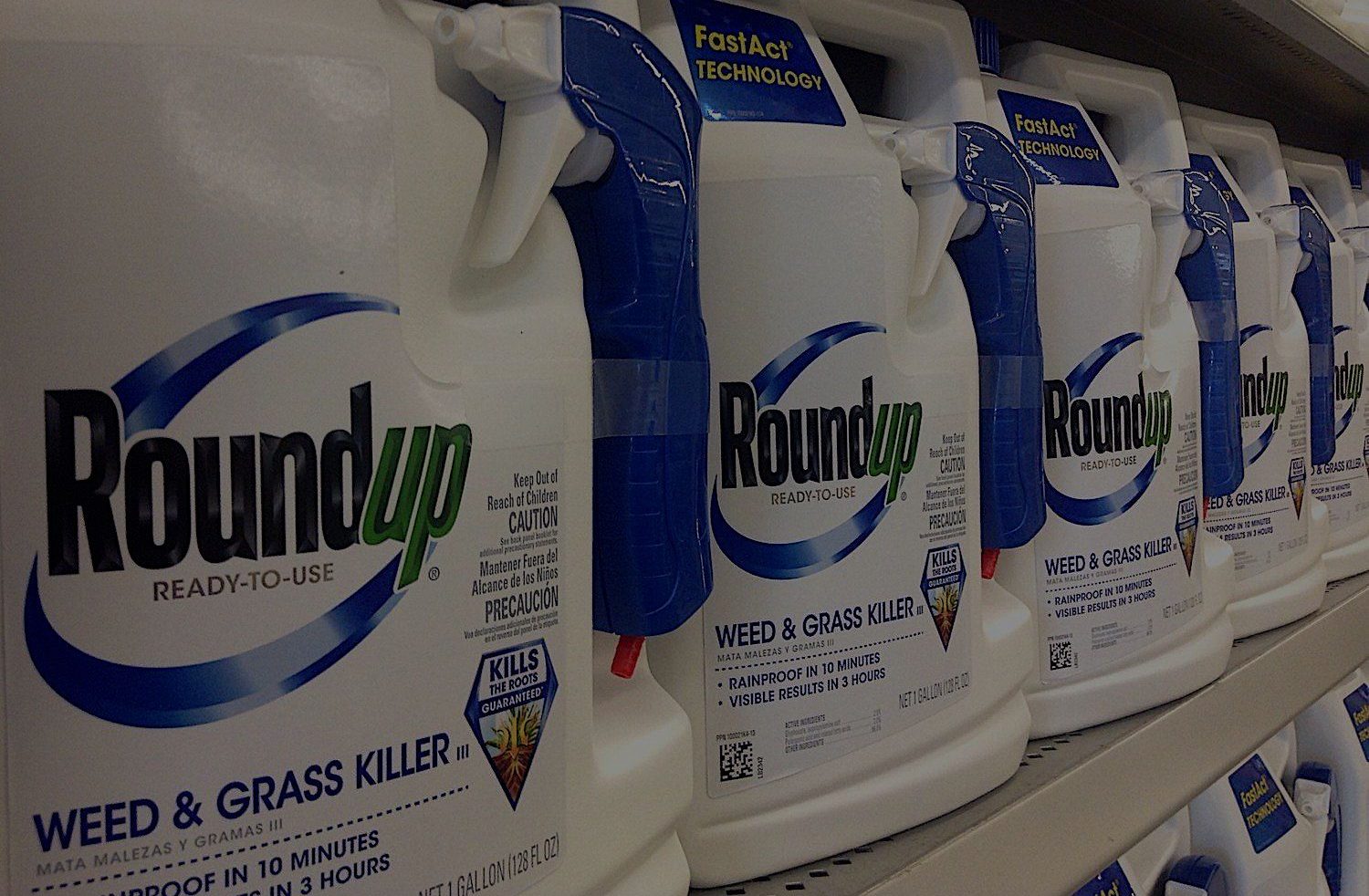 Have you been diagnosed with non-Hodgkin lymphoma after using Roundup?

YOU MAY BE ENTITLED TO COMPENSATION. COMPLETE OUR FORM FOR A CASE EVALUATION.

The Roundup lawsuits are mass tort product liability claims brought by the users of Monsanto’s Roundup weed killer and who were later diagnosed with cancer.  Our Roundup lawyers can help victims who have been diagnosed with non-Hodgkin’s lymphoma file legal claims seeking financial compensation including both compensatory damages and punitive damages against Monsanto and their parent company Bayer AG.  The lawsuits allege that users of Roundup and those who were regularly exposed to Roundup (a weed killer with the active ingredient glyphosate) had a 41 percent increased risk of being diagnosed with non-Hodgkin’s lymphoma.  If you have been exposed to the popular weed killer Roundup, the top rated Roundup cancer lawsuit attorneys at our law firm can give you the legal advice and guidance you need to hold Bayer AG responsible.

As of August 2021, it is estimated that 30,000 individuals still have outstanding claims against Monsanto, the San Francisco based subsidiary of Bayer AG, claiming the company’s Roundup product causes cancer in humans.  Many of the cases in the multidistrict litigation that scheduled for trial in the District Court have been delayed by COVID.  The five star rated Roundup Attorneys at Marin and Barrett, Inc. can help you join the Monsanto Roundup lawsuit today. We are available 24/7 at (888) 348-2735 to take your call and stand ready to fight for the money you need and deserve to pay for your medical bills and compensate you for your pain and suffering due to a non-Hodgkins lymphoma cancer diagnosis.

Have you been diagnosed with non-Hodgkin lymphoma after using Roundup?

YOU MAY BE ENTITLED TO COMPENSATION. COMPLETE OUR FORM FOR A CASE EVALUATION.

The U.S. Supreme Court rejected Bayer AG’s bid to dismiss litigation alleging that its Monsanto Roundup weedkiller causes cancer.  The Supreme Court Justices turned away a lower court decision upholding an $87 million judgment awarded in a lawsuit in California to Alberta and Alva Pilliod who were diagnosed with cancer, non-Hodgkin’s lymphoma, after spraying Roundup for more than three decades.

Earlier this year on June 21st, 2022, the U.S. Supreme Court rejected Bayer’s appeal of a $25 million damage award to California resident Edwin Hardeman who also developed non-Hodgkin’s lymphoma after using Roundup as a weedkiller to treat poison oak, overgrowth, and weeds at his home in San Francisco..

Bayer had been pinning their hopes to avoid future Roundup claims and future litigation on the U.S. Supreme Court overturning one of the two weed killer lawsuit appeals.  Now that those appeals have turned down by the Supreme Court, it should allow future Roundup Lawsuits to continue to be brought and it will hopefully open up settlement talks on the remaining claims.

One California trial has begun this month and the attorneys for the Plaintiff allege that regular use and exposure to Monsanto’s Roundup for more than 30 years caused her to develop non-Hodgkin lymphoma.  That jury in that lawsuit has heard expert witness testimony indicating that there are multiple scientific studies that support claims that Roundup’s key ingredient, glyphosate, causes non-Hodgkin lymphoma and other cancer.

Additionally, on August 16th, 2021 Bayer has sought U.S. Supreme Court review of one of its recent trial losses.  So far, Monsanto has lost all three of its Roundup trials and the U.S. Supreme Court appeal is seen as a last ditch effort to stem its losses and limit the success of the remaining similar claims.  The appeal seeks to reverse the trial loss in which the Plaintiff’s lawyers presented the jury with internal Monsanto documents which showed the company’s scientists had engaged in secretly ghost-writing scientific studies that the company then used to help convince regulators of product safety and hide the cancer link. In the first Roundup case to go to trial, a San Francisco jury handed down a $289 million award to Dewayne Johnson, a groundskeeper who passed away due to non-Hodgkin lymphoma in August of 2018.

WHO QUALIFIES FOR THE ROUNDUP LAWSUIT?

You may be eligible to file a Roundup weed killer lawsuit claim if:

Scientific studies show a link between glyphosate exposure, the active ingredient in Roundup, and increased cancer risk, including a review published this year that found a 41% higher lifetime risk of non-Hodgkin’s lymphoma for workers using the chemical.  Non-Hodgkin’s lymphoma is a type of cancer that starts in white blood cells called lymphocytes, which are part of the body’s immune system.  The IARC has classified glyphosate as a “probable human carcinogen,” while the state of California has added it to its list of cancer-causing substances and detrimental to human health. To date, each and every time the question has been put before a jury, it has found that the active ingredient in Roundup caused plaintiffs’ non-Hodgkin lymphoma.  We are available 24/7 at (888) 348-2735 to take your call and stand ready to fight for the compensatory damages you deserve.

WHAT IS THE DEADLINE TO FILE A ROUNDUP CLAIM?

The deadline to file a Roundup weedkiller lawsuit varies by State. Each State has a specific statute of limitations for product liability lawsuits.  The filing deadline in most states ranges from one to six years for lawsuits involving injuries caused by a defective or dangerous product.  You should speak with an experienced products liability lawyer to review your individual situation and your State’s specific state of limitations as it relates to a potential Roundup claim.  Definitely do not forego a claim without getting free case analysis from a Roundup lawyer.  Waiting too long to bring a Roundup claim could lead to your lawsuit being dismissed and receiving no financial compensation, regardless of whether or not Roundup is responsible for your injuries.

Bayer announced that as of July 11, 2019, it was targeted in 18,400 U.S. Roundup cancer lawsuits. That’s a major increase since April when the number of cases stood at 13,400. The company admits it is facing a “challenging environment” that’s affected the company’s value. Bayer’s CEO recently indicated that he would consider a settlement as the caseload rises and share prices drop. Analysts predict that a Roundup settlement could be worth $5 billion to $10 billion.

Most recently in Bayer AG’s March 2022 Annual Report, Bayer stated that it had resolved about 107,000 cases out of about 138,000 cases overall.  While Bayer has lost a number of trials which have resulted in jury awards in the hundreds of millions of dollars, Bayer has paid out billions of dollars to settle thousands of lawsuits for failing to warn of the health risks of the popular herbicide Roundup.  They have likely settled many of these weed killer lawsuits to avoid massive verdicts that include enormous punitive damages awards for causing non-Hodgkins lymphoma.

HOW CAN A ROUNDUP LAWYER HELP ME WITH MY CANCER CLAIM?

A Roundup attorney will be able to review your individual circumstances, medical cancer diagnosis, exposure to Roundup and link to cancer, and local State statute of limitations to determine your eligibility to file a claim.  Our personal injury lawyers familiarity with these claims will make case evaluation and information gathering a quick and painless process.  Call us today at (888) 348-2735 to speak directly with a Roundup lawyer.

HOW DO I FIND A ROUNDUP ATTORNEY NEAR ME?

Locating a Roundup lawsuit lawyer near me can be an important first step in moving forward with a claim.  But, in many instances, locating a knowledgeable Roundup attorney who will speak with you directly with compassion and give you an honest assessment of your potential Roundup cancer lawsuit is more important than where your Roundup lawyer is located.  We offer phone and virtual consultations and use our technological resources to process most of our claims via email and using digital signatures to get your case included in the Monsanto Roundup MDL.

WHAT TYPE OF CANCER DOES ROUNDUP CAUSE?

Glyphostate is an ingredient found in weed killers and Monsanto’s Roundup product.  Exposure to the active ingredient glyphosate has been linked to chromosomal and DNA damage in human cells, as well as non-Hodgkin’s lymphoma and other types of hematopoietic (blood cell-related) blood cancer.  For this reason, more than 25 countries have banned or restricted the use of glyphosate.

The IARC in 2015 announced that the chemical is “probably carcinogenic to humans” which means it carries a risk of cancer. It based its conclusion on tests that showed glyphosate causes DNA and chromosomal damage in human cells, which can lead to cancer.

WHAT ARE THE SYMPTOMS OF EXPOSURE TO ROUNDUP?

WHAT IS THE AVERAGE SETTLEMENT VALUE FOR A ROUNDUP CLAIM?

It is important to remember that no lawyer can ever guarantee any result when it comes to settlements and verdicts.  Not all claimants will receive compensation, and specific Roundup settlement amounts depend on many different factors including the unique facts and circumstances of each case.

According to information reported by the New York Times, individuals who claim that exposure to Roundup sold by Bayer AG and Monsanto caused their non-Hodgkin’s lymphoma or other type of cancer MAY receive settlements between $5,000 and $250,000.  The exact amount of compensation awarded, according to the NYT article, will depend on the strength of the claim against Monsanto and some claimants will not receive any compensation.  With the help of a skilled Roundup lawyer, you will be able to improve your chances of a favorable Roundup settlement or jury verdict in the District Court.

At Marin and Barrett, Inc., we firmly believe that the client’s needs come above all else and have established a fully transparent fee structure to reflect that. We work on a strictly contingency fee basis, meaning that we do not receive anything from you unless we are able to recover money either by settlement or verdict. Regardless of what type of case you have or what is required, you will know everything up front with no surprises. We shoulder the costs of the filing and litigation on your behalf and at no risk to you.​  We have helped many individual users of the glyphosate-based herbicide as well as many agricultural works suffering after a NHL cancer diagnosis.

Call our law firm and speak to one of our Roundup lawsuit attorneys at Marin and Barrett, Inc. today (888) 348-2735 to schedule your free consultation, it only takes a few moments and there is no obligation.  Hold Monsanto and Bayer AG responsible for causing your non-Hodgkin lymphoma diagnosis due to Roundup exposure today by filing your personal injury lawsuit.