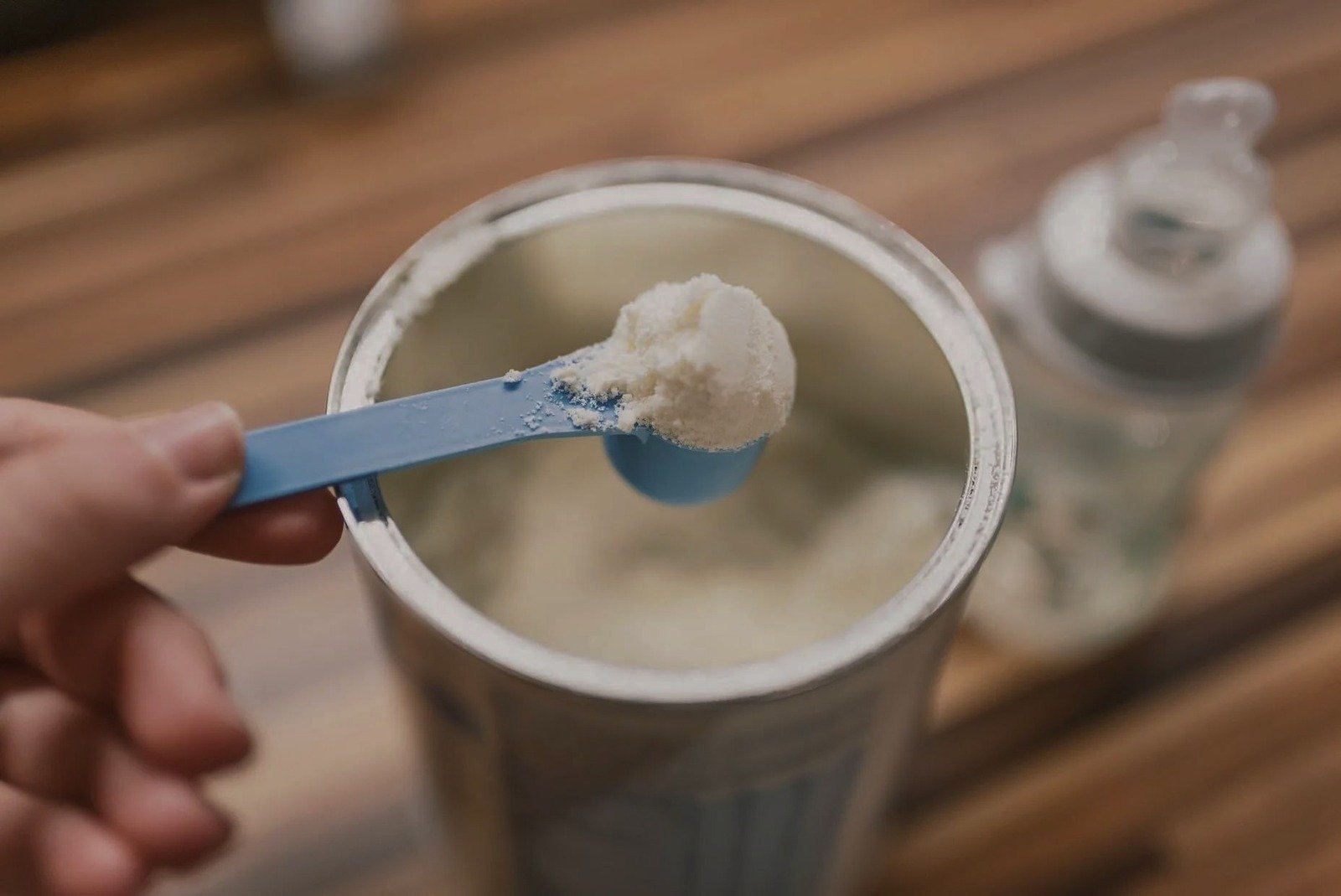 DID YOUR PREMATURE BABY SUFFER FROM NECROTIZING ENTEROCOLITIS? WE CAN HELP.

Did Your Baby Suffer with Necrotizing Enterocolitis?

Our baby formula injury attorneys are pursuing Enfamil and Similac baby formula lawsuits for premature babies who suffered necrotizing enterocolitis (NEC) after being fed cow’s milk-based baby formula. Scientific evidence has shown that cow’s milk in these formulas contributes to premature newborn babies developing the devastating disease NEC.  The NEC baby formula lawsuits allege that the research has long shown an association between cow’s milk-based infant formulas and NEC and that the manufacturers of Similac and Enfamil, Mead Johnson & Company and Abbott Nutrition, had a duty to warn doctors and patients of the potential risks of this digestive disease.  If you think your baby was harmed from being fed a cow’s milk-based formula, take legal action and contact the NEC baby formula lawyers at Marin and Barrett, Inc. today for a free case evaluation. We are available 24/7 at (888) 348-2735 to take your call and stand ready to fight for you and your baby. The cow’s milk-based baby formula makers should have warned the public of the dangers of its product.

What is Necrotizing Enterocolitis and is it caused by cow’s milk-based formulas?

NEC is a serious and devastating gastrointestinal disease that mainly affects the intestines of premature and low-weight infants.  NEC is caused by a bacteria that attacks the wall of the newborns intestines which can lead to a local infection and inflammation.  This inflammation of the colon can lead to the death of the organ tissue and ultimately destroy the intestinal wall or result in perforations of the intestinal tissue.  Once the intestinal wall has been destroyed by bacteria, the result can be the spillage of stool into the infant’s abdomen and abdominal cavity leading to an overwhelming infection, organ failure, bowel disease and death.

Premature babies and low birth weights infants often need extra nutrition to address their low weight.  Most hospitals, nurses, and doctors recommend that preterm infants with low birth weight be put on a bovine-based formula if the baby is having difficulty or will not breastfeed.  Given that the decision to supplement the diet of a premature baby with a cow’s milk-based formula is a regularly made, one would expect it to be a safe decision.  Unfortunately, this is not always the case and it can lead to serious medical problems and increased mortality rates in the newborn preterm babies.

If your baby suffered from necrotizing enterocolitis (NEC) after being fed cow milk-based formulas, do not hesitate to call the toxic baby formula attorneys at Marin and Barrett, Inc. today at (888) 348-2735 for a free, no obligation consultation. Our personal injury attorneys can help you initiate legal action to file a necrotizing enterocolitis formula lawsuit today.

October 25, 2022: Yesterday, it was announced that eight out of the 12 “bellwether” NEC cases have been identified for early trial dates. Both plaintiffs and defendants jointly submitted a list of 66 NEC lawsuits that were eligible for a random selection process by the Court earlier this month. It is now up to the formula manufacturers to select the last four claims that will go through case-specific discovery before the first bellwether jury trial begins on November 23.
September 2022: This month, lawyers on both sides of the multi-district litigation are selecting the first 12 NEC cases to go to trial. These cases, which are known as bellwether trials, will set early precedent for the strength of the science behind the plaintiff’s theories and the value that juries will place on the necrotizing enterocolitis lawsuits.
June 2022: The American Academy of Pediatrics released a statement this June, recommending exclusive breastfeeding of infants for the first six months. The AAP also called for changes to the social and systemic to support mothers who choose to breastfeed.
April 2022: A U.S. Judicial Panel on Multidistrict litigation announced that all federally filed NEC infant formula lawsuits would be consolidated into the Northern District of Illinois for pre-trial proceedings before Federal Judge Rebecca R. Pallmeyer.  The combined lawsuits against Abbott Laboratories which allege its formula products for premature infants caused injury or death heads to court in Northern, Illinois and all new cases would be filed directly in federal court versus in the plaintiffs home states. A total number of 100 cases joined the multi-district litigation with additional cases still in the process of being filed.
April 2019: One of the first product liability lawsuits is filed against Abbott Laboratories and Mead Johnson & Company, LLC for the death of premature infant Daniel Renteria-Hernandez. According to the toxic baby formula lawsuit, “the manufacturer fails to adequately warn about the link between Similac and necrotizing enterocolitis (NEC), with safety warnings only indicating that very low-birth-weight infants were susceptible to “gastrointestinal complications” when fed the formula.”  This lawsuit has led the way for dozens of other families now preparing to pursue a Similac lawsuit or Enfamil lawsuit after their premature babies experienced problems from the cow’s milk formulas.
April 2015: The National Association of Neonatal Nurses publishes a statement recommending that Human milk and breastfeeding are essential for the growth and development of the vulnerable infants.

September 2012: One of the earliest lawsuits on file is awarded to a family in Texas. A jury in Texas awarded $23 million to the family of a baby who passed away after developing NEC (necrotizing enterocolitis). The baby was born at 25 weeks and weighed only 1 pound 12 ounces at birth. The nursing staff intubated the infant and fed him Similac Advance formula.The jury found on behalf of the injured party and awarded them $23 million

2011: The U.S. Surgeon General also publishes a statement the same year John Hopkins University publishes their recommendation that essentially America’s mothers were given poor advice and were discouraged from breastfeeding, to the point that breastfeeding became an unusual choice in this country. The statement continues to express that for vulnerable premature infants, formula feeding is associated with higher rates of necrotizing enterocolitis (NEC).
May 1, 2011: John Hopkins University publishes scientific research stating that formula-fed preemies are at higher risk for the dangerous GI condition known as necrotizing enterocolitis. This is some of the earliest research we have found but understand that there have been studies predating 2011.

What are the NEC Lawsuits based on?

Recent research and scientific evidence has shown that some cow’s milk-based infant formulas have been linked to a deadly gastrointestinal disease called necrotizing enterocolitis (NEC).  The use of a cow’s milk-based baby formula can lead to an increased risk of developing the gastrointestinal disorder which can result in the intestinal wall becoming inflamed and later destroyed.  In some cases, this can result in infection, blood poisoning, and tragically, death.

The NEC Baby Formula Lawsuits allege that the makers of these formulas knew of the risks of NEC and failed to warn of the possible risks associated with their use.  Abbott Laboratories (Similac) and Mead Johnson & Company (Enfamil) have not added warning labels to their products regarding the potential risks.  It is unclear if hospitals, doctors or other medical professionals were aware of the risks and therefore could not have warned already overstressed mothers and fathers of the risks. Even the FDA’s website states that premature infants should not consume cow milk-based formula.

If your premature baby was diagnosed with necrotizing enterocolitis (NEC) after being fed cow’s milk-based infant formulas, you should contact a skilled NEC baby formula attorney to help you establish a defective product claim.  You may be entitled to financial compensation for medical bills and medical expenses as a result of NEC related medical care, pain and suffering, lost wages and potentially punitive damages for the injuries caused by the cow-milk-based formula.  If your baby passed away after suffering from NEC, you are entitled to file a wrongful death lawsuit against the formula manufacturers Abbott Nutrition and Mead Johnson for your babies fatal injuries.  Additionally, you will be able to file a claim on your own behalf as parents for emotional distress.

The exact causes of necrotizing enterocolitis are unknown but the condition typically presents itself in infants who are born premature and are formula feeding.  NEC affects 1 in two to four thousand babies.  While rare, the condition occurs in nearly 10% of premature babies.

Researchers believe NEC occurs due to the extremely thin lining of the intestines in premature babies.  Clinical studies have confirmed that premature babies fed only human breastmilk have a lower risk of NEC and death.

Some doctors and researchers believe that cow’s milk-based baby formulas are harder for a premature baby to digest because of their bacteria makeup and contribute to the incidence of NEC.  Additionally, infant formula products may not be fully sterile and may pose the risk of a serious bacterial infection for a vulnerable preterm baby.

What are the symptoms of NEC?

Weeks after birth, a premature baby may experience the following symptoms which often require treatment in the intensive care unit or NICU, as a sign of NEC:

Necrotizing enterocolitis can also result in serious injury including permanent blindness, loss or removal of the small and/or large intestine, and cerebral palsy.  Sometimes, NEC results in intestinal tissue removal leading to short bowel syndrome and impacting the baby’s development and growth. Some babies can develop intestinal strictures can make it difficult for food to pass through and may require surgery to correct.

What is the recent scientific evidence linking NEC and Cow Milk formula?

What infant formulas are included in the Enfamil lawsuits and the Similac lawsuits?

Mead Johnson Nutrition is facing Enfamil lawsuits based upon claims of failure to warn of the risks of developing NEC after using Enfamil’s cow’s milk-based baby formulas including the following:

Similarly, Abbott Laboratories, Inc. is facing Similac lawsuits based upon claims of failure to warn of the risks of developing NEC after using Similac’s cow’s milk-based infant formula including the following:

What settlement amounts are expected in NEC Infant Formula Lawsuits?

While it is early in the NEC infant formula mulit-district litigation, estimated settlement amounts and compensation payouts can be calculated by looking at jury verdicts in NEC medical malpractice lawsuits.  Those payouts include:

How much does it cost to have an NEC Infant Formula Lawyer review your case?

At Marin and Barrett, Inc., our personal injury lawyers work strictly on a contingency fee basis.  This means we only get paid if your claim results in a settlement or verdict in your favor. Additionally, we provide a free NEC baby formula case evaluation to give you your legal options to help determine the best course of action for your bovine formula product liability lawsuit.

The baby formula products industry is an international financial powerhouse, spending $57 billion worldwide and $2.1 billion in the U.S. Do not go it alone, let us fight them for you to get the compensation you rightfully deserve. We work hand in hand with some of the most experienced and respected law firms nationwide and have the resources your case needs to stand toe to toe with the giant baby formula manufacturers.  We can help you recover the expensive medical costs incurred to treat NEC as well as damages for pain, suffering, and emotional trauma caused by an NEC diagnosis.

At Marin and Barrett, Inc. we firmly believe that the client’s needs come above all else and have established a fully transparent fee structure to reflect that. We work on all potential baby formula lawsuits on a strictly contingency fee basis, meaning that we do not receive anything from you unless we are able to recover money either by settlement or verdict. Regardless of what type of case you have or what is required, you will know everything up front with no surprises. We shoulder the costs of the filing the toxic baby formula lawsuit on your behalf and at no risk to you.​

Call the NEC Baby Formula lawyers Marin and Barrett, Inc. today (888) 348-2735 to begin taking legal action and schedule your free consultation, it only takes a few moments and there is no obligation.

Did Your Baby Suffer with Necrotizing Enterocolitis?