Are you a Veteran Suffering with Hearing Loss or Tinnitus? We Can Help.

The 3M Earplug Lawsuits allege that the 3M Company manufactured and sold defective Combat Arms earplugs to the military which resulted hundreds of thousands of military veterans suffering hearing loss and tinnitus.  At Marin and Barrett, Inc., our 3M earplug lawyers are assisting veterans with the preparation and filing of 3M earplug lawsuits which seek financial compensation for their hearing loss and tinnitus suffered as a result of using 3M’s defective earplugs.  The Combat Arms earplugs were manufactured and sold by 3M to all branches of the military and have caused hundreds of thousands of soldiers to suffer hearing damage and tinnitus.

These product defect cases have been given multi-district litigation (MDL) status in the Northern District of Florida.  As of July 12th, 2022 there are over 230,000 cases with hearing damage claims still outstanding which puts incredible pressure on 3M and their lawyers to negotiate a global settlement.

If you believe you may have been injured by a defective 3M earplug, contact the 3M earplug attorneys at Marin and Barrett, Inc. today to discuss your options. Our law firm is available 24/7 at (888) 348-2735 to take your call and stand ready to fight for the financial compensation, including compensatory damages and punitive damages, you  deserve to help you pay your medical costs, future costs and medical bills.

November 8, 2022: In response to the vilifying comments made from 3M’s legal team regarding Judge Roger’s decision to streamline the 3m earplug lawsuit filing process, the Judge released a official statement defending her decision and responded that 3m’s legal team were “nothing more than overzealous and deceptive at public posturing.”

October 26, 2022: A judge has denied 3M’s attempt to request a new trial against one of their largest losses yet related to earplugs. The $50 million lawsuit, which is 3M’s second largest loss yet, was denied a new trial. 3M had requested a new trial and that the court reconsider lowering the damages because they believe the injuries of the plaintiff were mild and treatable. U.S. District Judge Roy B. Dalton Jr. rejected the motion, stating that the evidence presented in the original trial was “substantially supportive” and that the plaintiff’s tinnitus is in fact quite “severe and constant, and as defendants concede, permanent.”

August 26, 2022: US Judge Jeffrey J. Graham overseeing the bankruptcy request by 3M to hold the 230,000 defective earplug claims until their finances have been resolved, has denied the manufacturer’s bid. While 3M filed an appeal, they will be forced to determine another way through the mass tort litigation.

June 15th, 2022:  Recently, 3M has released internal documents pursuant to a Court Order that reveal that 3M was aware of the dangerous defects in some of its earplugs, but sold them anyway.  According to the newly released documents, a regional sales manager for 3M “didn’t think soldiers need to know that the earplugs they were using were 90 percent less protective than what was represented by 3M.”  Furthermore, an executive said that it was “okay to sell a product and conceal information where it will have a negative effect on our soldiers.”

HOW MUCH DOES IT COST TO FILE A 3M EARPLUG LAWSUIT?

At Marin and Barrett, Inc., our 3M combat earplug claims are handled on a contingency fee basis.  This means that our 3M earplug lawsuit lawyers only receive a legal fee when we have successfully obtained a recovery on your behalf.  There is no financial risk to filing a 3M earplug claim. 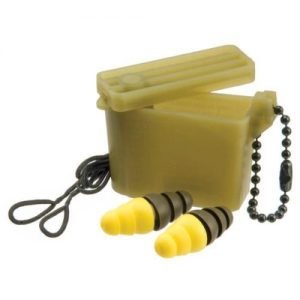 In the final bellwether 3M earplug trial, a federal jury in Florida awarded $77.5 million in damages, including $72.5 million in punitive damages and $5 million in compensatory damages, to a former soldier who alleged that his hearing loss resulted from defective 3M Co. earplugs. The verdict was the tenth trial victory of the 16 bellwether trials to date in the largest litigation in the country. Including previous bellwether trials, the defective earplug lawsuits have resulted in over $300 million in jury verdicts in favor of combat veterans.

WHAT EARPLUGS HAVE BEEN ASSOCIATED WITH PROBLEMS?

From 2003 to 2015, 3M produced and supplied military personnel with dual-ended Combat Arms Earplugs, Version 2.  Service members who wore these earplugs were exposed to the potential for partial hearing loss or total hearing loss.  According to an investigation, the 3M earplugs were too short to maintain a tight fit inside the wearer’s ear resulting in sounds bypassing the earplug and putting the user at risk for ear injuries and hearing damage.

In 2015, a rival earplug manufacturer filed a “whistleblower” lawsuit in federal court claiming that 3M was violating the False Claims Act regarding it’s dual-ended earplugs and had been deceiving the U.S. Department of Justice and the federal government for years.  In July 2018, 3M reached a settlement with the Department of Justice where the manufacturer agreed to pay $9.1 million to resolve the allegations that the CAEv2 earplugs caused thousands of soldiers to suffer significant hearing loss and tinnitus and exposed millions to the risk of hearing issues caused by 3M’s defective earplugs.

The design of the defective 3M military earplugs Version 2 (CAEv2), initially designed by Aearo Technologies, included a faulty seal that allows dangerously loud noise to penetrate military members’ ear canal unknowingly. In turn, the loud noises resulted in hearing loss. A loss of hearing can result from a single acute episode of loud noise (such as a bomb blast) or long-term, continuous exposure to dangerously elevated noise levels.

WHAT IS TINNITUS OR MILITARY HEARING LOSS?

One of the most common problems reported by service members is hearing loss.  Tinnitus is the hissing, buzzing or ringing sound in the ears.  Individuals who worked with and around heavy machinery, jet engines, gunfire, and explosions could have trouble sleeping, focusing, and concentrating because of ear damage.  This condition can make it difficult for an affected person to hear someone speaking in a conversation from as close as three feet away.

The U.S. Department of Veterans Affairs has reported that over 2.7 million veterans currently receive military disability benefits for tinnitus or hearing loss associated with their military service.  Moreover, more than half of all military veterans, including veterans of the U.S. Army, U.S. Navy, and U.S. Marine Corp., report some degree of hearing loss related to their service.  Earplug injuries caused by the standard issue defective combat earplugs can range from severe hearing impairment to permanent hearing damage.

HOW DOES HEARING LOSS OR TINNITUS AFFECT QUALITY OF LIFE?

WILL FILING AN EARPLUG LAWSUIT AFFECT MY DISABILITY CLAIM?

You are entitled to recover the costs of your medical care, lost income, paid and suffering, loss of ordinary life, and other damages from the defendants whose design defects lead to the production of faulty earplugs and ultimately caused your injuries.

WHAT WARS WERE 3M EARPLUGS ISSUED IN?

HOW DO YOU QUALIFY FOR THE 3M EARPLUG LAWSUITS?

Your eligibility to join the earplug litigation and file a mass tort claim for compensation against 3M for defective combat earplugs requires that you have served in the military between 2003 and 2015.  Additionally, you must have been issued and used a dual-sided yellow and black Combat Arms Earplug.  Finally, you must be suffering from tinnitus (ringing ears), hearing loss, or another hearing condition.  These conditions must be documented in your VA, military service records, or other medical records.

We are reviewing claims that meet the following criteria:

HOW CAN MARIN AND BARRETT, INC. HELP ME FILE MY 3M EARPLUG CLAIM?

At Marin and Barrett, Inc., our defective 3M earplug lawsuit attorneys can help you recover the compensation you deserve for your hearing loss or tinnitus.  By contacting Attorney Matthew Marin you can schedule a free, no obligation virtual case consultation to discuss how you can file a 3M dual-ended combat arms earplug (CAEv2) claim and join the earplug litigation today.  Our dedicated team of personal injury attorneys work on mass tort cases on a contingency fee basis. This means that you owe our law firm no legal fees until we win a financial recovery, including compensatory damages and possibly punitive damages, on your behalf. Our personal injury law firm is available 24/7 at (888) 348-2735 to take your call and stand ready to fight for the financial compensation, including compensatory damages and punitive damages, you  deserve to help you pay your medical costs, future costs and medical bills.