CAN YOU FILE A CAMP LEJEUNE LAWSUIT FOR KIDNEY CANCER? YES, AND WE CAN HELP.

The newly enacted Camp Lejeune Justice Act of 2022 provides veterans, their families, and civilian base workers who spent more than 30 days at North Carolina’s Marine Corps Base Camp Lejeune between 1953 and 1987 and have been diagnosed with kidney cancer the legal right to file a Camp Lejeune lawsuit for financial compensation. The toxic water contamination at Camp Lejeune and kidney cancer have been linked by numerous scientific studies. Contact the Camp Lejeune kidney cancer lawyers at Marin and Barrett, Inc. at (888) 348-2735 today for a free, no obligation initial consultation.

Is Exposure to Toxic Water Contamination At Camp Lejeune Linked to Kidney Cancer?

Yes, kidney cancer is one of the types of cancer with the strongest link to water contamination at North Carolina’s Marine Corps Base Camp Lejeune. Public health studies, scientific studies and medical evidence have shown sufficient evidence to prove that exposure to toxic water contamination at Marine Corps military base Camp Lejeune caused health risks including significantly higher rates of kidney cancer and other adverse health outcomes among residents and employees of the military base.

In 2018, the Agency for Toxic Substances and Disease Registry released a study titled “Morbidity Study of Former Marines, Employees, and Dependents Potentially Exposed to Contaminated Drinking Water at USMC Base Camp Lejeune.” The purpose of this study was to determine if there was a link between exposure to contaminated drinking water at Camp Lejeune and some cancers in former service men and women, their families, and civilian workers. The ATSDR study showed that contaminated drinking water at Camp Lejeune was linked to increased risk for kidney cancer. Specifically, exposure to both TCE and PCE was associated with an increased risk for kidney cancer in both active duty Marines and civilian employees. Risk of kidney cancer and kidney disease increased with increasing levels of exposure to the contaminants for TCE and PCE.

Based on the ATSDR study and other numerous studies, V.A. has established a presumptive service connection for armed forces Veterans, Reservists, and National Guard members exposed to harmful chemicals in the contaminated water supply at Camp Lejeune from August 1, 1953 through December 31, 1987 who later developed one of the following eight presumptive conditions: 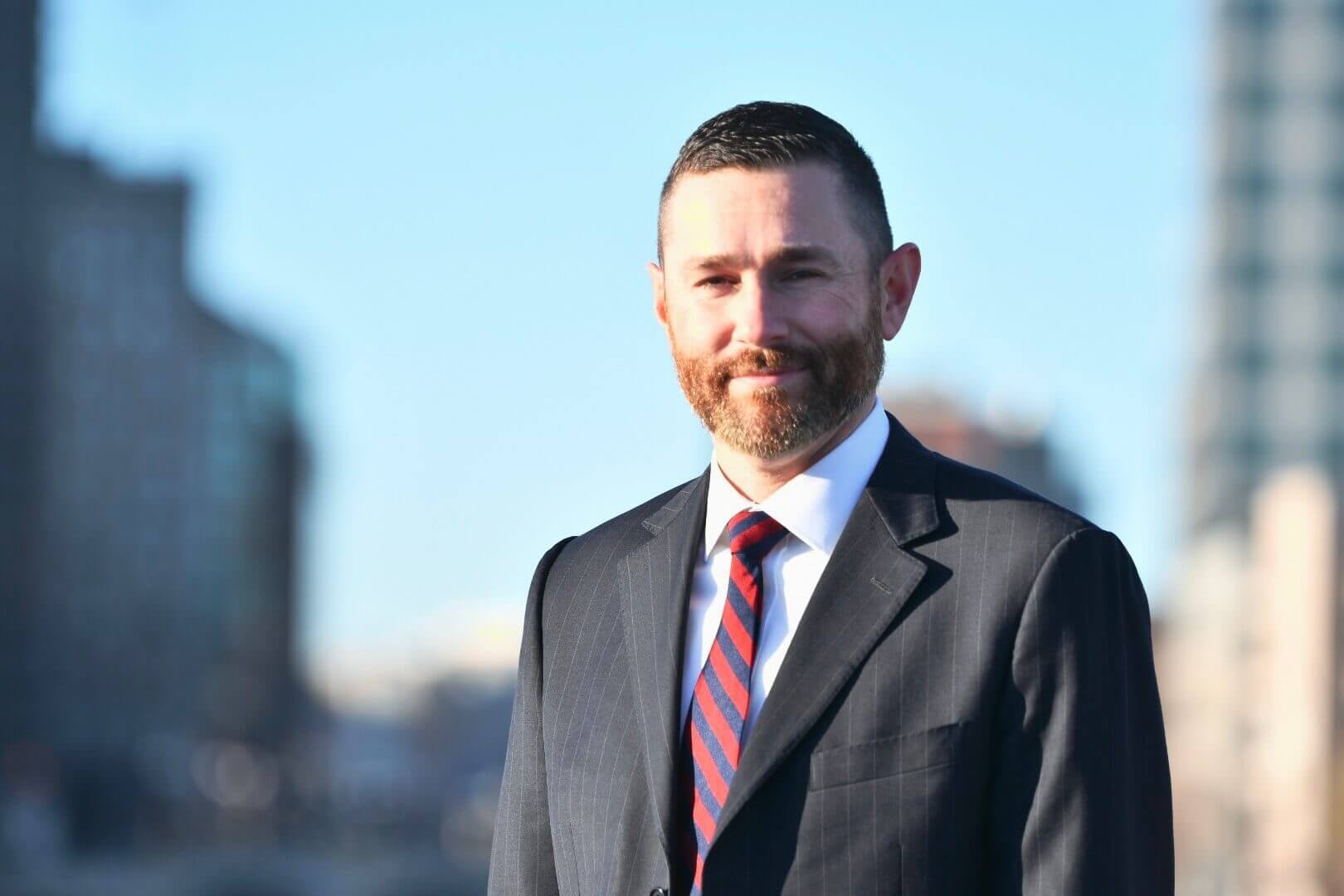 The skilled injury lawyers at Marin and Barrett, Inc. stand ready to help you assert your legal rights and pursue a claim for justice and financial compensation by filing a Camp Lejeune kidney cancer water contamination lawsuit. For years, the United States Department of Veterans Affairs has set up roadblock after roadblock for those veterans and their families suffering from serious health conditions including kidney cancer due to their exposure to toxic chemicals in contaminated water at Camp Lejeune in North Carolina. Recent investigations have found that the U.S. V.A. denied 89 percent of all disability claims and health benefits involving evidence of an association with the harmful chemicals in the water at Camp Lejeune and MCAS New River.  Now, those veterans whose claims whose claims have been denied as well as non-veterans, such as dependents and base workers, will finally be able to receive justice and financial compensation for their kidney cancer. The experienced personal injury lawyers at the Marin and Barrett law firm stand ready to assist you in obtaining your United States military service records, medical records, and filing your kidney cancer water contamination lawsuit.  From our offices in South Carolina, Connecticut, and Rhode Island, we are assisting Clients with Camp Lejeune water contamination claims nationwide. Call now to speak with a Camp Lejeune water contamination attorney today at (888) 348-2735.  There is a limited time period in which you may file a claim, don’t delay.

For the first time, service members, their families, and civilian workers are eligible to file a federal lawsuit seeking financial compensation for the harm caused by contaminated water at Camp Lejeune.  While those veterans diagnosed with kidney cancer had been previously eligible for V.A. disability benefits, they are now eligible for monetary compensation if they spent more than 30 days on the military base between 1953 and 1987.

The Act allow claimants to pursue legal action against the United States Government in the same way traditional personal injury claims are handled.  Additionally, the Act would waives the North Carolina statute of limitations and statute of repose.  These kidney cancer lawsuits will be consolidated in the United States District Court for the Eastern District of North Carolina.

The Camp Lejeune Justice Act of 2022 was passed as part of larger bill called the Honoring Our PACT Act which, among its provisions, the bill will help veterans and military personnel exposed to toxic burn pits used in Iraq, Afghanistan and elsewhere, used to incinerate environmental hazards and other refuse. The Congressional Budget Office estimated that the Honoring Our PACT Act – the most comprehensive ever passed for military veterans – will cost almost $300 billion over the next decade.

There is a wide range of kidney cancer lawsuit verdicts and settlement from around the country.  Some of those kidney cancer claims are the result of workplace toxic exposure while others are medical malpractice claims for failure to properly diagnose kidney cancer. At this time, it is difficult to estimate Camp Lejeune kidney cancer settlement amount projections accurately.

Some prior kidney cancer verdicts and settlements from around the country include:

The Agency for Toxic Substances and Disease Registry’s has indicated that past exposures from the 1950s through February 1985 to trichloroethylene (TCE), tetrachloroethylene (PCE), vinyl chloride, and other toxic chemicals in the drinking water at the Camp Lejeune likely increased the risk of cancers, specifically kidney cancer, and other adverse health effects of residents, civilian workers, Marines and Naval personnel.  Two water-distribution plants, Marine Corps Camp Lejeune’s Hadnot Point and Tarawa Terrace, that historically supplied finished water to the majority of family housing units at the Military Base and were contaminated with chemical solvents and unsafe levels of chemicals, including carcinogenic chemicals and volatile organic compounds (VOCs), which were leaking from underground storage tanks and nearby water treatment plants. The failure of the water treatment facilities to properly monitor, test, and ensure the safety of the drinking water lead to water contamination victims suffering serious adverse health effects and cancer after exposure, including the diagnosis of kidney cancer.

The Camp Lejeune kidney cancer attorneys at the Marin and Barrett Law Firm are legal advocates for Camp Lejeune veterans and others victims with injuries related to the contaminated water at Marine Corps Base Camp Lejeune between 1953 and 1987. Call us today at (888) 348-2735. to schedule a free claim evaluation.

Additionally, a question we are frequently asked is; can I file a lawsuit on behalf of a loved one who spent time at Camp Lejeune, was diagnosed with kidney cancer, and passed away years ago? Under the Camp Lejeune Justice Act, the answer is Yes you can file a wrongful death claim on their behalf. If a loved one, whether it be your father, mother, grandfather, or grandmother, passed away after having been diagnosed with kidney cancer and spent more than 30 days at Camp Lejeune, you may be eligible to file a kidney cancer wrongful death lawsuit on their behalf.  There is a strict statute of limitation to file a civil lawsuit so time is of the essence, don’t delay.  Call Attorney Matthew Marin and the Marin and Barrett Legal Team for legal assistance filing a Camp Lejeune lawsuit or wrongful death claim today at (888) 348-2735.